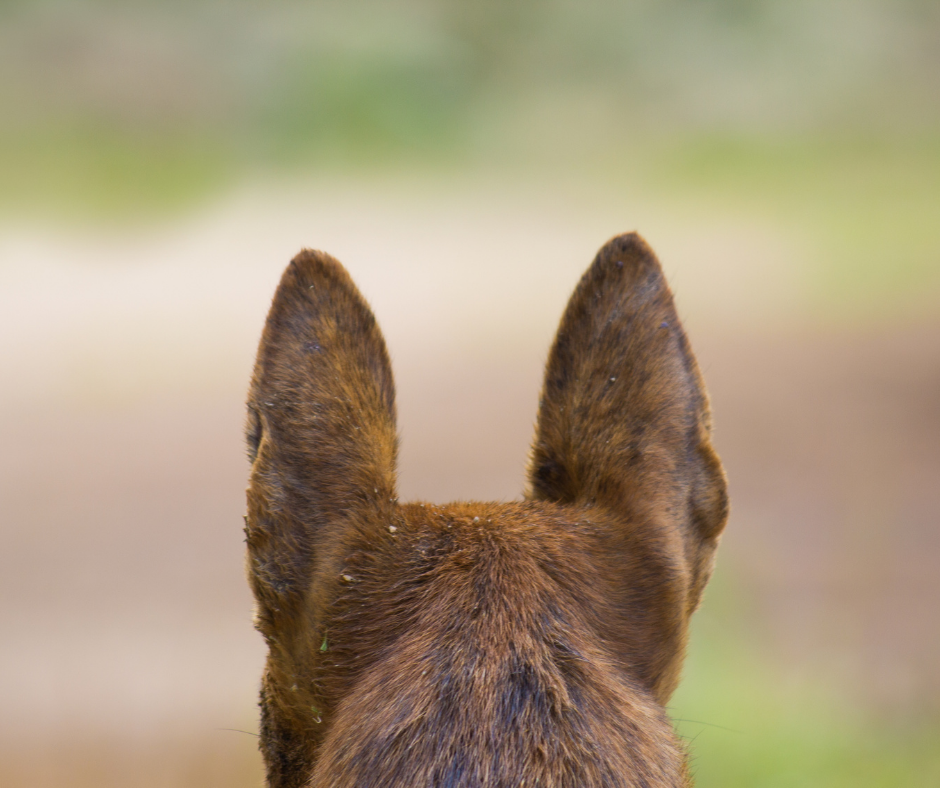 Dogs and humans are so much alike, and yet so different. Take our ears for example. Our are cropped close to our heads. Dog’s ears are floppy, folded, and sometimes tall and pointy. But dog’s and human’s ears still serve the same purpose. To delivery sounds. Let’s look at at dog’s ears a little deeper. Here are five things you don’t know about dog’s ears.

Humans have very short ear canals. Dog’s have long, narrow L-shaped ear canals. Dog’s have an additional horizontal ear canal. That’s why you should never use human earplugs in dog’s ears – they don’t provide the right sound buffering because they won’t won’t stay in. In order for earplugs to stay in a dog’s ears they must be designed to fit into their 90° bent ear canal. The L-shape, or horizontal ear canal, of a dog’s ear leads to the inner-workings of a dog’s cochlea. Dog’s interesting L-shaped ear canal definitely is one of our five things you don’t know about dog’s ears.

It’s All In The Muscles

While humans used to have muscle-empowered ears, today, not so much. Our ear muscles are what’s called, vestigial – evolutionary remnants that no longer have use. Dogs on the other hand have at least 18 ear muscles! Their powerful muscles work to identify and capture sounds through tilting, raising, and rotating. Muscles are one of the reasons dogs can hear so much better than humans. It’s one of the things that make our list of five things you don’t know about dog’s ears.

They Can Hear Termites In The Wall

Dog’s hearing is very sensitive (read more here). They can hear nearly twice as many frequencies as humans, and four times in distance. As an example, what you can hear from 30 feet away, dog’s can hear from 120 feet away. Even when we think it’s a quiet, peaceful night of sleep, dog’s can hear high-frequency noises like digital alarms – and even the vibrations of termites in the walls. Definitely, the power of dog’s hearing is one of the five things you don’t know about dog’s ears.

While humans can, on a good day, barely move a portion of their ears, dogs can not only move their ears, they can move them independently! No, it’s not a magic trick, their ears are a part of their survival system. It is believed that dogs tilt their heads to gain a better focus on a sound or a voice. Early detection of a threat allows them to flee. A pretty handy tool in the fight or flight way of life. Independently wiggly ears makes our list of one of the five things you don’t know about dog’s ears.

Regardless of how well adult dogs can hear, puppies are born deaf. Puppies are born with closed ear canals that do not open for about a week. Dogs are considered an altricial species – born in an undeveloped state. A puppy’s ears will open once they are more developed and ready to capture sound. However, when their hearing does start working their ear components (e.g. canal, cochlea, etc.,) are well advanced, but not yet fully formed. Puppies being born deaf is on our list of one of the five things you don’t know about dog’s ears.

How’d we do? Did we get things right – or did we include things you already know about dog’s ears? Or, did we forget anything that should have been included? Having a lot of experience in audiology, and studying the structure of dog’s ears, we always find the mysteries of dogs ears fascinating. It’s one of the reasons that we developed dog earplugs. Our desire is to help ease dog’s noise anxiety and keep them hearing for a long time to come.

Taking Care Of Your Dogs Ears During The Winter Months

How To Clean Dogs Ears – It’s Not That Hard

What Frequency Can Dogs Hear 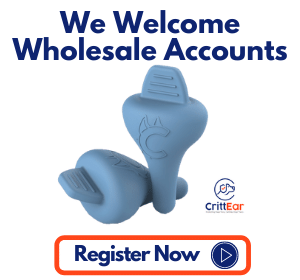 Your coupon code is valid for